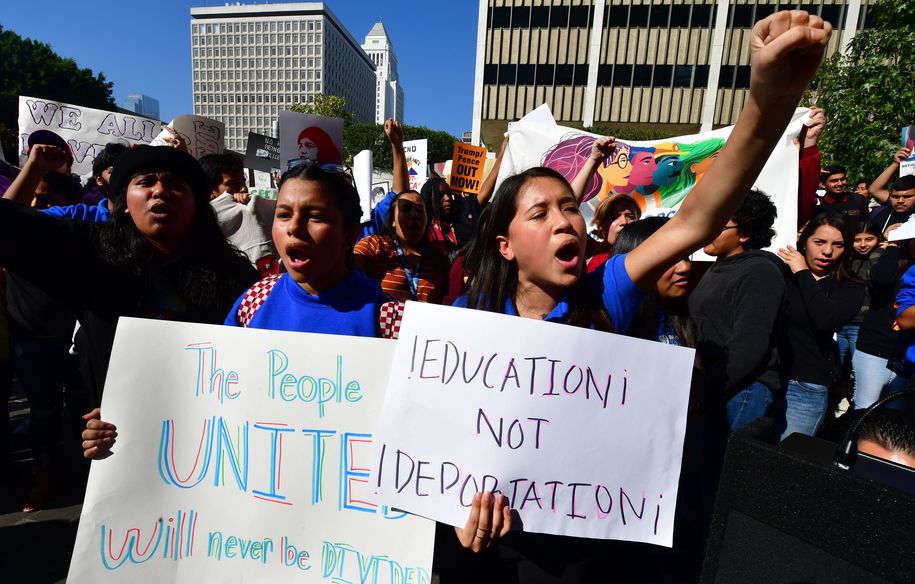 “They can definitely provide a safe environment,” he told the newspaper. “Let the DACA students know that they are welcome there, they’re accepted, and that these resources are there and available for them.” Among the programs already established at schools in the state are one-stop centers featuring both academic and mental health help, like at the University of Texas-San Antonio. “Austin Community College offers an academic track, called Ascender, aimed at supporting Latino students and is developing a support group for DACA students,” according to the Austin American-Statesman article.

Access to free or low-cost legal help is also a main concern for undocumented students, something that can also add to mental health stress. In California, some community colleges are participating in a pilot program offering free legal help to these students, in a plan that could eventually spread to as many as 65 schools in the state. “Local community college officials said that regardless of the outcome of the Supreme Court case, they anticipate that undocumented students will seek out legal services,” The San Diego Union Tribune reported. “They added that it’s crucial to create a haven for undocumented students at a time when many feel vulnerable to deportation.”

These mental health services are crucially needed. A 2019 survey conducted by the Center for American Progress, the U.S. Immigration Policy Center at the University of California, San Diego, United We Dream, and the National Immigration Law Center found increased fears among DACA recipients as the Supreme Court was taking up the case, with 56% of respondents saying “they think about either being detained in an immigration detention facility or deported from the United States at least once a day.” The survey said that “Among those with children, 75% reported that they think about ‘being separated from [their] children because of deportation’ at least once a day.”

It’s vital that not just Texas schools, but schools across the U.S. take steps to assist their students and let them know that they belong. An end to DACA would be “very devastating, without a doubt,” Montserrat Garibay, secretary-treasurer of the Texas AFL-CIO and a University of Texas alumni, told the Austin American-Statesman. “But I think that’s just also one of the things about ‘Dreamers:’ They have this power; they don’t lose hope.”