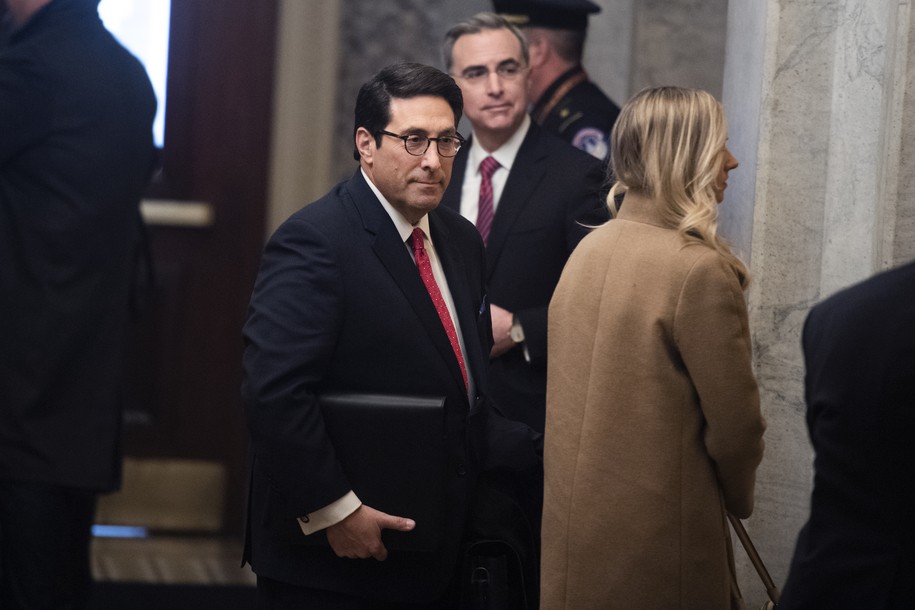 As Trump’s team finished out its case on Tuesday afternoon, Jay Sekulow’s hour-plus ramble through the sad underdog life of Donald Trump was surely the attention-grabber. In an address that went everywhere but to Trump’s actions in Ukraine, Sekulow was ludicrously over-the-top in painting a picture of a Trump who couldn’t take a step without an assault from James Comey, or Nellie Ohr, or nefarious foreign agent Christopher Steele. Sekulow’s speech name-dropped every Q-related conspiracy while following a course more tangled than a family-sized linguine.

But when the final day of the defense was tacked onto the rest, there’s a really striking feature of Trump’s defense that makes it stand out—not just from other impeachment trials, but from trials of any sort. Where was the defense in this defense?

Over the course of three abbreviated days, the idea that Trump didn’t do it barely got a mention. A portion of the sessions on Monday was devoted to showing that, by carefully preventing Congress from obtaining key witnesses and all documents, Trump had successfully left holes that had to be filled in by nothing more than reason and evidence. And there was a token effort to present the idea that Trump could have had other motivations for his actions, not a personal vendetta. But these were side issues.

Trump’s legal team spent far more time on two topics that were definitely not a defense of Trump’s innocence. The first of these was “Joe Biden had it coming.” Using a complete inversion of the facts, Trump’s legal team didn’t just defend conspiracy theories concerning Biden and his son; it knowingly and deliberately lied about the legal situation in Ukraine and the testimony of Ukrainian officials. These lies were met with joyful acceptance by Republican senators, who exited the chamber to show that Trump never needed to outsource that kind of attack, when good old American slander was available at half the price.

But Trump’s legal team used the biggest chunk of time arguing that abuse of power and obstruction of justice are not impeachable offenses. That subject took up part of Saturday; it was the only topic of criminal attorney Alan Dershowitz’s marathon walk through the names of constitutional framers on Monday evening, and it was the sole topic of Philbin’s notes on closing day.

When put together in order of time assigned, the Trump defense broke down to:

That’s an extraordinary inversion of the usual course of a legal defense (if not quite a musical number from Chicago). If a legal defense team in a murder trial came into a courtroom to argue, Murder is not a crime, the victim deserved it, there were good reasons for the death, and hey, those knife wounds could have come from anywhere … that wouldn’t be regarded as a particularly acceptable defense.

Especially if the wrap-up was, “And your honor, that’s why we can’t allow in any firsthand witnesses.”