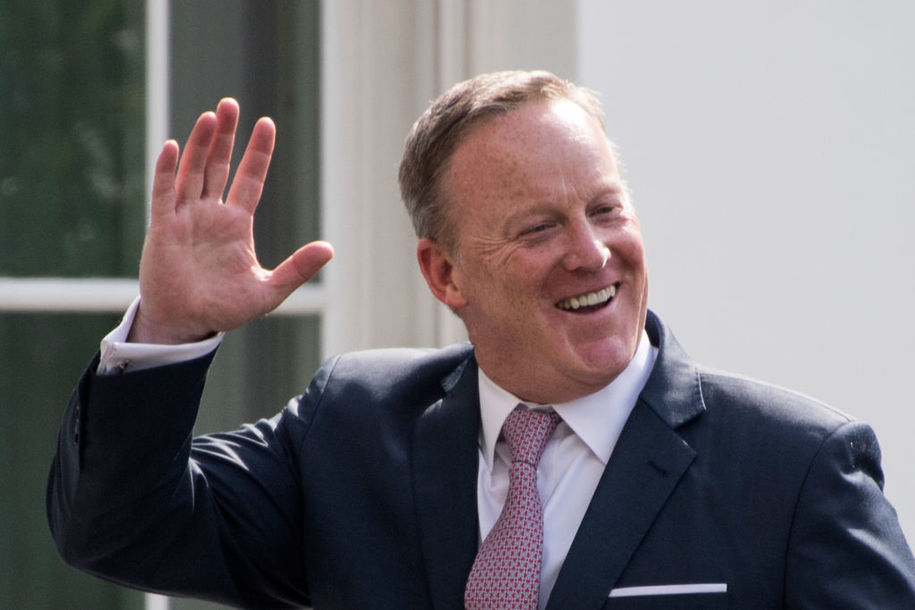 Some of former officials have already gotten a taste of a post-Trump life. For former White House press secretary Sean Spicer, “[t]here’s been no cushy landing on K Street or high-profile consultancy at a major lobbying or public relations firm,” The Post said. While he published a book about being a taxpayer-funded liar, it flopped. Another one of his post-Trump jobs wasn’t too pretty either—no really, he wore some hideous dollar store piñata for the 28th season of Dancing with the Stars, where he was the sixth contestant eliminated.

But just because Sean “This was the largest audience to ever witness an inauguration, period!” Spicer had trouble doesn’t mean other former Trump officials have had the same experience. “Ex-White House chief of staff Reince Priebus is president of the Michael Best & Friedrich law firm,” The Post continued. Former Department of Homeland Security (DHS) Sec. John Kelly continued cashing in on cruelty and joined the board of a company that operated the now-closed prison camp for migrant children in Homestead, Florida. His successor, Kirstjen Nielsen, didn’t really stray far and joined a government council.

Kelly and Nielsen in particular tried rehabilitation tours that really just continued exposing them as liars. They probably wished for the luck of Nielsen’s former chief of staff Miles Taylor, who got a CNN contributor’s gig after managing to convince enough people that he was shocked, shocked! about shenanigans he saw at DHS even though he was there for two years, from 2017 and 2019. Taylor didn’t speak out then as a moral whistleblower to expose hateful policies, but instead until this past summer when it was convenient for him. Nor has Taylor fully apologized for many of the policies he helped carry out.

“The longtime GOP strategist who runs a public affairs firm recalled coming close to hiring a former Trump White House staffer until a Google search revealed the prospective hire’s track record defending Trump on race and immigration,” The Post continued. “It ground the interview process to a halt, the strategist said.” But, at the same time, “Americans have short memories,” a former Bush and Clinton staffer continued to The Post.

The fact is that from White House aide Stephen Miller to unlawfully appointed acting DHS Sec. Chad Wolf, these officials deserve to become pariahs when the administration is at last finished. They brought it on themselves because they knew what they were signing up for from the start: a vulgarian who bragged about committing sexual assault and a racist who vowed to deport millions of undocumented immigrants even as he exploited many at his own businesses. Don’t feel sorry for these officials. Feel sorry for the many people they hurt.