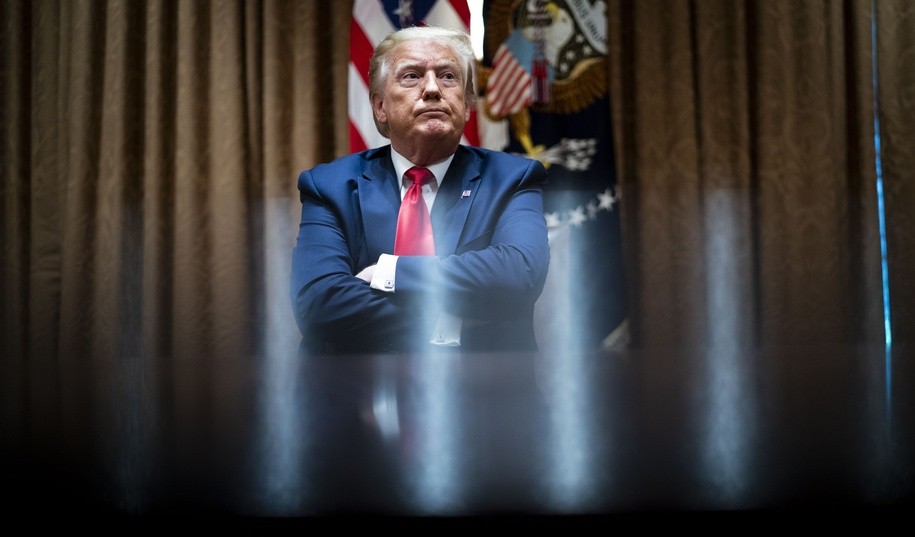 Trump wants to make it hard to vote, in a country where Black and Latino voters already face much longer wait times than white voters, and during a pandemic that makes waiting not just tiresome and a burden for workers and parents but an active health risk.

Trump also wavered on the question of whether he’d accept a loss in November’s general election, and he wavered by lying about his 2016 opponent, Hillary Clinton. “Well, you can never answer the second question, right? Because Hillary kept talking about she’s going to accept, and they never accepted it. You know. She lost too. She lost good,” Trump said. Clinton both won the popular vote and conceded the day after the election.

As his unpopularity drags down Republican Senate candidates and they distance themselves from him, Trump also lobbed some threats, saying “If they don’t embrace, they’re going to lose, because, you know, I have a very hard base. I have the strongest base people have ever seen.” It’s true that Trump has a very dedicated base, but that base is not over 50% in very many states. So for a Republican in a close race, losing Trump’s base could mean losing—but keeping Trump’s base is not likely to be enough for a win.

Signs point to Trump knowing he’s losing, and simultaneously laying the groundwork while lashing out at anyone who might not cling tightly to the sinking ship, denying that it’s sinking until the waves close over their heads. But voting? That’s for sure the enemy, no matter what happens.