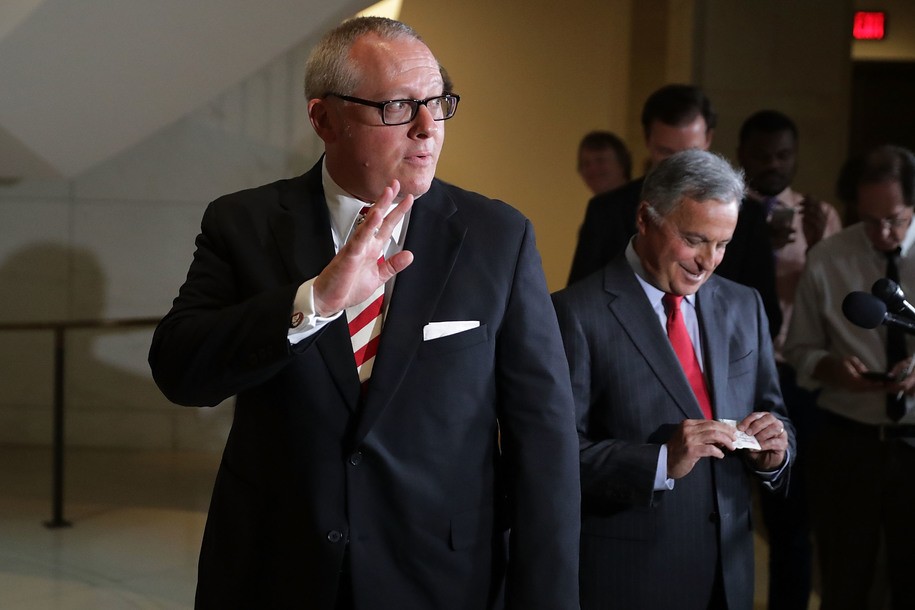 In particular, the emails between former Health and Human Services (HHS) Public Affairs Chief Michael Caputo and former Science Adviser Paul Alexander show these officials working to force the CDC to make changes in reports on how COVID-19 spread. Then they celebrated their victory with a “yippee.” Alexander also managed to make changes in the “sacrosanct” Morbidity and Mortality Weekly Reports (MMWR) to tone down the apparent damage done by COVID-19.

Even then, the changes to some reports—in particular one about how the disease was spread among young people—weren’t enough to make Alexander and Caputo happy. So they worked with Atlas to create op-eds to “preempt the story” and promote the idea that schools could be opened safely. That included a fishing expedition in which they sought to throw out unfounded numbers about how closing schools was causing more death than it was preventing.

“I know the President wants us to enumerate the economic cost of not reopening,” wrote Caputo. “We need solid estimates to be able to say something like: 50,000 more cancer deaths! 40,000 more heart attacks! 25,000 more suicides!”

There does not appear to be any factual basis behind these numbers. Alexander, Caputo, and Atlas understood Trump’s goal: He wanted the schools open no matter what, so they created a stream of fear, uncertainty, and doubt for the purposes of justifying that action.

In September of 2020, The New York Times reported on how Caputo and Alexander worked together to bully and silence scientists. For example, when 32-year-year CDC veteran Dr. Anne Schuchat made an appeal to Americans to wear masks, saying, “We have too much virus across the country,” Alexander went on the attack. In an interview with The Journal of the American Medical Association, Alexander claimed that Schuchat’s real goal was to embarrass Trump. Alexander called her “duplicitous,” said that the threat of COVID-19 to children was “zero,” and stated of Schuchat, “She has lied.” Working together with Caputo, Alexander attempted to stifle Schuchat by threatening to hang all the deaths connected to the H1N1 virus on her decisions.

Select Committee Chair Rep. James Clyburn has written to both Alexander and Atlas stating: “Our investigation has shown that Trump Administration officials engaged in a persistent pattern of political interference in the nation’s public health response to the coronavirus pandemic, overruling and bullying scientists and making harmful decisions that allowed the virus to spread more rapidly.” The committee is now seeking testimony from both Alexander and Atlas.

Caputo—a nonscientist whose work as a media adviser included a stint in which he was hired to approve the image of Vladimir Putin—put himself on medical leave in September. When he did so, he apologized to many members of the HHS staff and admitted that he had not read some of the reports he had pressured people to alter. However, this did not come before Caputo posted a Facebook video in which he claimed there were “hit squads being trained all over this country” for an armed revolt against Trump’s second term. He also claimed those hit squads were going to come after him personally. Two weeks later he was diagnosed with throat cancer. It’s unclear if Caputo will be asked to testify.

During the 2016 campaign, Caputo worked for Trump while maintaining offices in both Miami Beach, Florida, and Moscow, Russia. He previously worked for Trump in creating an AstroTurf campaign to make it look as if people wanted Trump to buy the Buffalo Bills.

Clyburn has requested that Alexander and Atlas appear before the committee by May 3. Considering the documentation shows they deliberately sought to alter scientific reports and pressure scientists into providing the answers they wanted, it would not be surprising if getting Alexander and Atlas to show requires a court fight.

What’s both amazing and distressing is how all of these men took their obligation to support Trump to be greater than their obligation to protect public health, even when they knew the scope of the threat. Trump said many times that he sought personal loyalty above everything else. He got it.