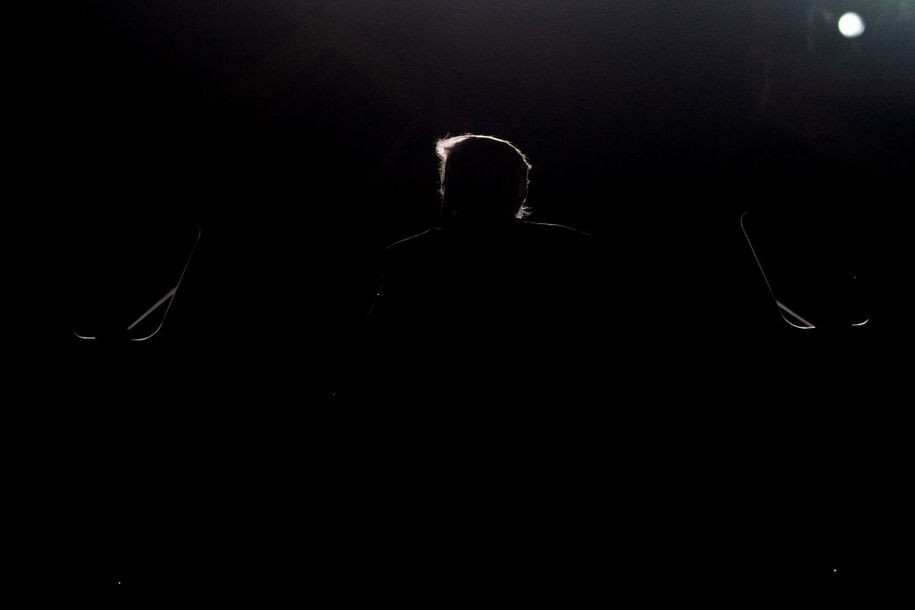 It’s all premised on the repeated lies we heard from Trump when he emerged from his bunker Thursday night to rant about how Democrats rigged the vote, with “mystery ballots” and “secret count rooms.” There is not great mind at work here, anywhere. (That’s made obvious by the fact that they’re letting Rudy Giuliani out there in front of cameras.) But it really can’t be overstated just how bad their false claims in front of actual judges are.

Like in a hearing in front of Michigan Court of Claims Judge Cynthia Stephens, who reviewed a witness affidavit the Trump team brought in which a Republican poll watcher in Wayne County said the she’d heard that an election worker was told to backdate late-arriving absentee ballots. “The witness claimed another poll observer, who wasn’t named, heard from the election worker, also unnamed, about the issue,” Buzzfeed’s Zoe Tillman reports. “The witness reported that she then spoke with the poll worker, who gave her a handwritten note that read, ‘entered receive date as 11/2/20 on 11/4/20.'”

“‘I heard somebody else say something’—how is that not hearsay? Come on now,” Judge Stephens told Trump lawyer, saying it was secondhand hearsay at that. Trump lost that one. Then there was the Chatham County, Georgia, case, one of the silliest, in which a poll watcher saw 53 ballots separated from other ballots and put on a table and so clearly, the campaign asserted, they had arrived late and were proof of fraud. An elections official testified that those 53 ballots “were, in fact, received by GA’s Election Day deadline, saying they were handled separately because they didn’t show up on a manifest of absentee voters so they had to be checked.” For 53 ballots, the Trump campaign wasted all that time and effort and money to have the case summarily dismissed.

One of the “victories” the Trump campaign claimed out of one of their many Pennsylvania suits was in getting election observers into a Philadelphia ballot-counting process. That allowed them to move from 10 feet away from the process to 6 feet away, provided they complied with social distance measures put in place. That was their big win in Pennsylvania. They’re not going to give it up, however. They just filed one more in Montgomery County Pennsylvania arguing over 600 absentee ballots they say should not be allowed.

Everything they are trying to do in Pennsylvania appears to be hoping that something will stick so that they can take their case to the U.S. Supreme Court, where three of the court’s conservatives made it clear that they would welcome Republicans coming back if the vote is close enough, or Trump asks for it. The Trump campaign has been saying it out loud, like when a campaign lawyer went on Lou Dobbs’ show on Fox and said: “We’re waiting for the United States Supreme Court—of which the President has nominated three justices—to step in and do something. And hopefully Amy Coney Barrett will come through.” Which I’m sure will work. It’s not like saying out loud “Amy Coney Barrett is on the court to subvert democracy” is going to put a spotlight on her or anything, making her anxious to distinguish herself in her first major case by allowing a Trump coup.

The key thing to remember in Pennsylvania is that all the ballots they’re trying to hang their fraud claims on are being segregated from the Election Day ballots, and haven’t been counted yet. Trump is losing Pennsylvania on Election Day votes.