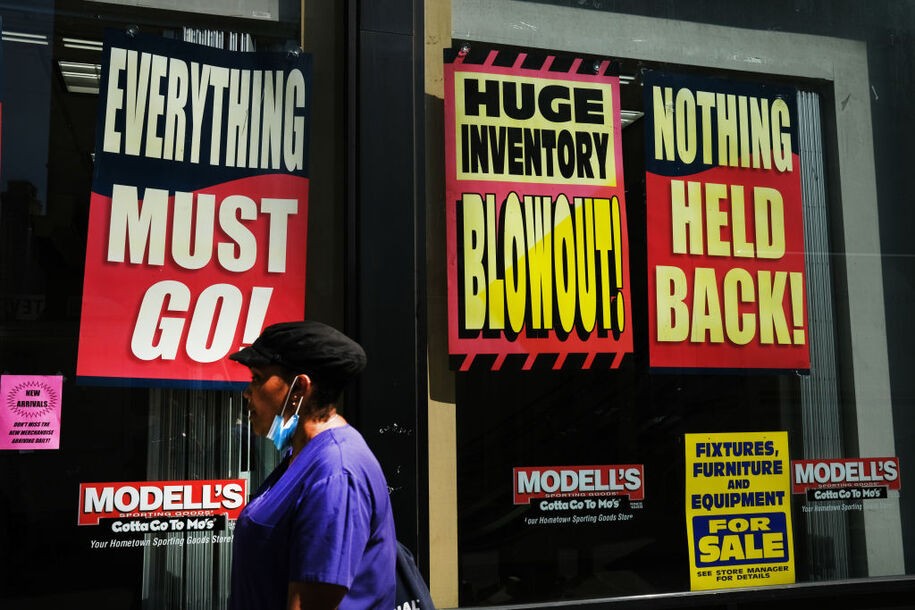 Economists point to the obvious. “It was the wrong bet. This wasn’t just a transitory event,” said Diane Swonk, chief economist at Grant Thornton and an advisor to small businesses. The National Federation of Independent Business, a trade association for small businesses, is the source for the estimate of 22% of loan recipients whose funding is running out that have laid off or are going to have to lay off employees. That figure has nearly doubled since June, when it was 14%. Goldman Sachs conducted another review, finding that only about one in six business that got PPP loans were confident that they could keep paying employees without getting another loan.

These aren’t just mom and pop shops, like the Nelsons. The Post lists: “the Buffalo-based New Era Cap Co., which received $5 million to $10 million; Peoria Charter Coach, a bus travel company that laid of 132 workers—95 percent of its workforce—after using up the $1 million to $2 million PPP loan; at least a dozen museums including National September 11 Memorial and Museum and the Philadelphia Museum of Art; and Rosen Hotels & Resorts, a Florida-based hotel company that received a loan of between $2 million and $5 million.” Then there’s the 60% of restaurants which are probably now closed forever because they can’t try to keep operating in a pandemic and because the response from the federal government to try to help them was completely inadequate. And this is just the first wave.

“There’s not sufficient demand to support the employment of people at companies that received PPP,” said Joseph Brusuelas, chief economist at RSM tells the Post. “Investors and legislators should brace themselves for another round of joblessness.” There isn’t sufficient demand because the pandemic is not under control, because people can’t go out and spend the way they used to, can’t book those trips, visit those museums, go out to eat because it could kill them.

Because the Trump administration didn’t to meet the challenge of fighting coronavirus, it surrendered. “It’s just kind of one of those things where, just the way everything counts out, no matter what I do, I’m screwed,” said Reidun Saxerud, 33, a part-time assistant at Kirkland Productions, an entertainment booking agency in Los Angeles. She’s been laid off twice, first in March and then again at the end of June when her company ran out of money. Tina Lyons, 53, owner of Double River Forwarding, an international agricultural export logistics company in Portland, Oregon, ran out of the $33,000 she had received by the end of June, and had to tell her four employees she was cutting their hours. One just quit. “Our political leaders have no clue what small businesses are. They have no idea what we struggle with,” she said. “It matters to me if I walk three or four blocks and all the stores are gone. It needs to matter to them, too.”

The PPP has helped some businesses. One study from the Federal Reserve, the Massachusetts Institute of Technology and the ADP Research Institute estimates that as many as 3.5 million jobs were saved by the first week of June. The problem is, that was the first week of June, before the disastrous reopening by numerous states and the resurgence of the virus. As a short term measure, even with all its problems, it did part of the job. Now it’s time to do something else, but it seems like the failing program is baked in at this point and will be continued in the next relief package. It shouldn’t be.

As long as the virus is going to be allowed to rage, it’s going to be killing people and killing businesses. “Congress has been unwilling to deal with the larger issue,” Swonk said. “This is not just about death rates. It’s about health of the labor force, and customers coming in and not being afraid. We have to stop denying the reality.” That’s why it’s time for a new approach—the government needs to start covering the payrolls for all endangered businesses with grants. It’s late, a lot of damage has already been done, but it’s probably not too late to put a floor on the national economic damage this tsunami of awful that is Trump’s virus has wrought.