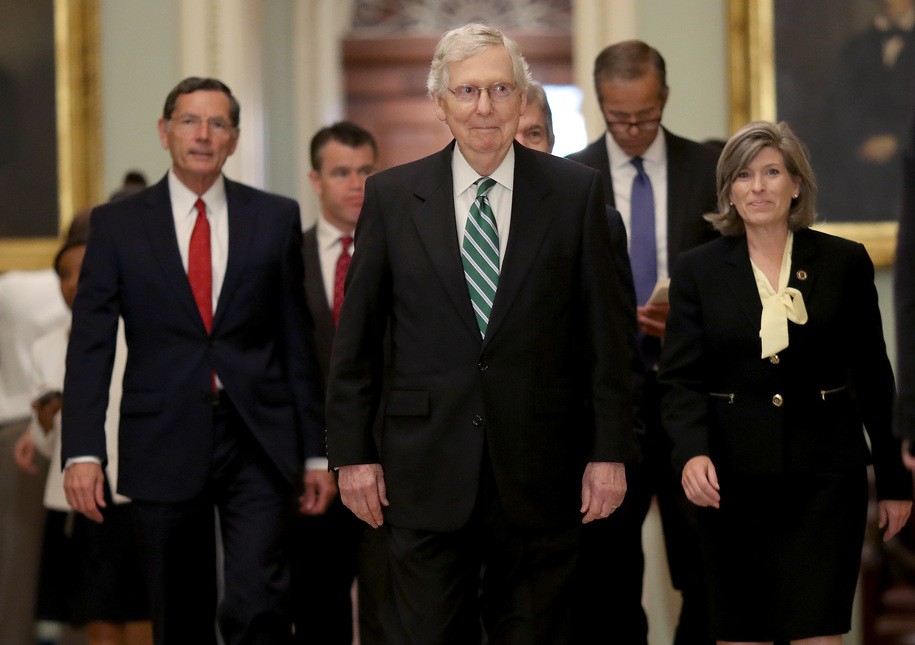 The new rationale goes something like this: House Democrats have done such an excellent job of indicting Trump in the court of public opinion that Senate Republicans now have no need to convict in order to prevent him from holding office again. Here’s an unnamed Republican senator making the case to The Hill:

“Unwittingly, they are doing us a favor. They’re making Donald Trump disqualified to run for president” even if he is acquitted, the senator said.

Voila! No need for elected GOP officials to lift a finger. Ha—those silly House Democrats putting in all the time and effort and political risk.

During the last impeachment, a prominent GOP point of view pushed by Sen. Susan Collins of Maine was that Trump had certainly learned his lesson by being impeached, so a Senate conviction wasn’t necessary. Brilliant!

Now Republicans are back for round two: Voters have certainly learned their lesson, so … no need for conviction! Yippee!

“I can’t imagine the emotional reaction, the visceral reaction to what we saw today doesn’t have people thinking, ‘This is awful,’ whatever their view is on whether the president ought to be impeached or convicted,” said another GOP senator.

Agree. Voters across the country are thinking, “That was awful. Ya know, someone should really do something about that.” But according to GOP lawmakers, that’s where the intellectual trail of voters dries up. They’ll never make the leap to, “And ya know who should f’ing do something about that—the public servants we elected to run this country.”

“This is very damaging to any future political race for President Trump,” the senator added. Indeed.

Sen. Lisa Murkowski of Alaska, whose impeachment vote is still an open question, was the only Republican senator who even had the guts to go on the record expressing a view that was reportedly “shared by many of her GOP colleagues.”

“After the American public sees the full story laid out here … I don’t see how Donald Trump could be reelected to the presidency again,” Murkowski told reporters Wednesday.

Let’s stop right here to recall the cautionary words of House impeachment manager Rep. Ted Lieu of California: “I’m not afraid of Donald Trump running again in four years. I’m afraid he’s going to run again and lose, because he can do this again.”

Which gets us back to the original GOP premise that Democrats have already done the heavy lifting and they can just sit back and enjoy the ride. Unless Trump is actually convicted of impeachment charges and then a vote is taken to disqualify him from ever holding office again, Trump could do it all over again. He could run the most incendiary, hate-filled, and vitriolic campaign ever seen in the nation’s history with the very intention of losing and then unleashing his dogs on lawmakers and the American public alike in order to violently overthrow the U.S. government.

But, sure, the GOP’s entire house is on fire along with most of the surrounding village and the conclusion of the vast majority of GOP lawmakers is to just stand back and stand by because a few structures just might manage to survive Trump’s raging inferno without them having to lift a finger.