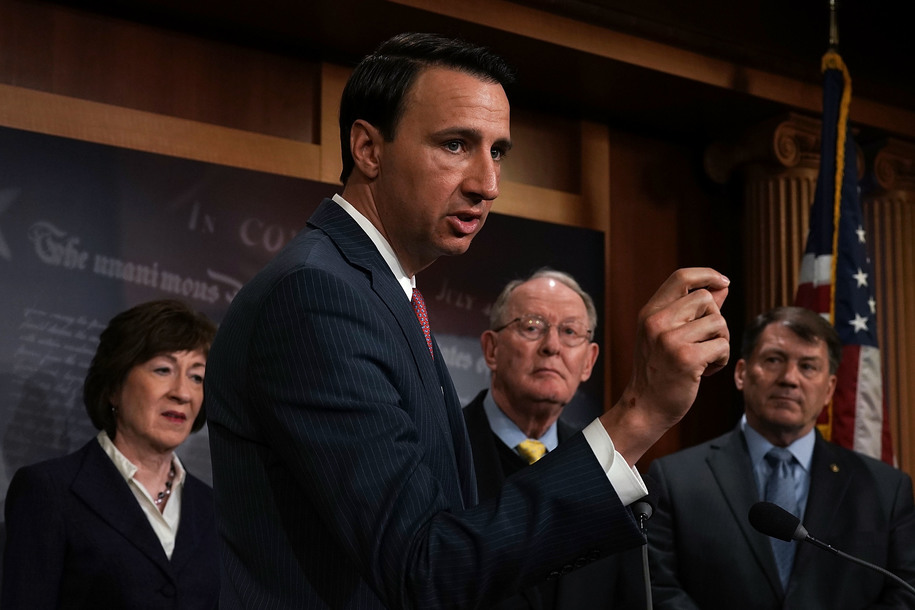 In Pennsylvania, the vote of retiring GOP Sen. Pat Toomey to convict Trump has already pitted county parties against Republican moderates like former Rep. Ryan Costello, who is eyeing a bid to replace Toomey. In saner times for the GOP, Costello might be the type of statewide candidate with crossover appeal that the Mitch McConnell wing of the party would champion.

But Costello has made the fatal error of defending Toomey’s vote against Trump. “Former Trump aides, in turn, are making plans to torpedo Costello before he announces a campaign,” writes Politico.

Cue Trump-pardoned grifter Steve Bannon. “Any candidate who wants to win in Pennsylvania in 2022 must be full Trump MAGA,” Bannon, a former member of the most corrupt White House cabal in American history, told Politico. Bannon also called Costello a “sellout to the globalists” in a separate statement.

Costello had the temerity to claim the rush to censure to Toomey will “hurt Republican candidates,” and he even called a censure resolution drafted by his home county, Chester County Republicans, “staggeringly dumb.”

As Trump advisers promise to take aim at Costello, the former congressman dismissed the effort. “They can say whatever they’d like, it won’t bother me,” he said. “It might help my fundraising, to be honest with you.” Costello has also dissed “Sloppy Steve” Bannon’s broadside because “he’s forever indebted for his pardon.”

So Pennsylvania is off to a rousing start, but North Carolina isn’t any less intriguing. Similar to Toomey, the state’s retiring GOP senator, Richard Burr, voted to convict Trump. But Burr is vacating his seat under the cloud of a trading scandal in which he dumped a bunch of stock just before the pandemic tanked the market. While Trump lost Pennsylvania by about 80,000 votes, he narrowly won North Carolina by roughly 74,000 votes.

But Burr’s conviction vote forced state Republicans to choose sides with nearly all of them lining up behind Trump. According to CNN, the state party censured Burr, he was banned from at least one county GOP headquarters, and every Republican eyeing his seat took Trump’s side. So much for moderation—whoever wins that primary will almost surely be the most Trumpy of the bunch. And certainly the prospect of Trump daughter-in-law Lara Trump potentially entering the race is already pushing the GOP primary to extremes.

The problem isn’t lost on GOP strategists in the state, who fear Trump’s brand took a big hit in the aftermath of Capitol insurrection. But they also aren’t speaking openly about it. “They’re all making a play for the primary,” one state Republican strategist told CNN anonymously. “But my worry is that we’re going to lose the seat because we get the Trumpiest guy of the bunch.”

On the flip side of the equation, Trump’s influence already has Republican strategists fretting he could doom their chances in potential pick-up races. In particular, they fear Trump’s tinfoil hat loyalists such as Arizona GOP party chair Kelli Ward and Georgia Rep. Marjorie Taylor Greene could kill whatever chances they have to defeat Democratic incumbent Sens. Mark Kelly of Arizona and Raphael Warnock of Georgia.

These races and more are likely to offer a bevy of Trump-inspired surprises for Republicans throughout the 2022 cycle.