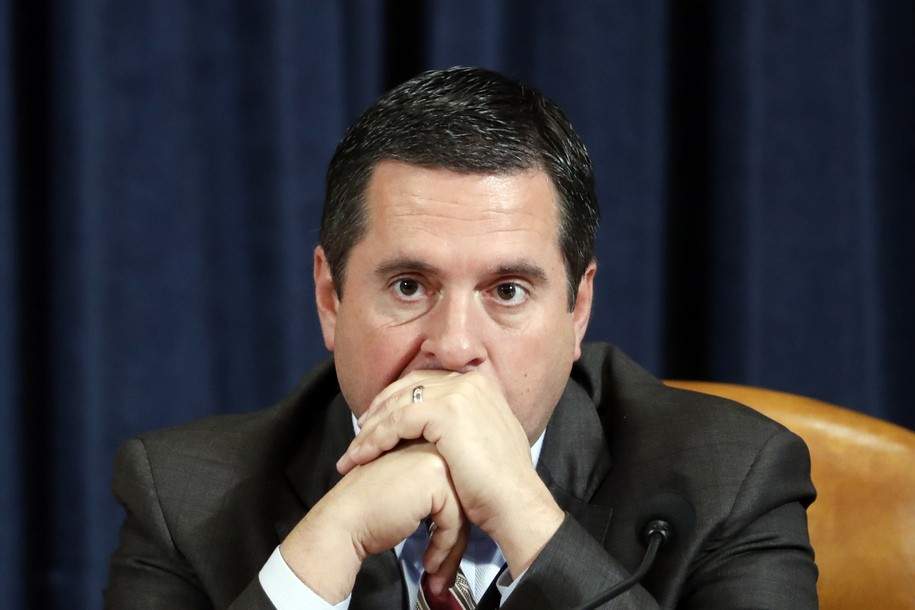 Devin Nunes has always represented the ragged edge of support for Donald Trump. From the moment he jumped from an Uber and sneaked into the White House in an attempt to derail the Russia investigation, to his stint in front of the House Ethics Committee, Nunes made it clear that his loyalty to Trump exceeded any other responsibility. And when it came to questions about when Nunes would be truthful with his House colleagues, he could not have been more clear: “Never.”

So it should come as no surprise that as the 2020 election approaches, Devin Nunes has been working directly with a pro-Russian Ukrainian lawmaker who previously passed along information through Rudy Giuliani. That lawmaker has been feeding information to Republicans in both the House and Senate. It comes in the form of a “packet” of supposed evidence that backs up Trump and Giuliani’s long-debunked claims about Joe Biden’s relationship to the Ukrainian government.

As CNN reports, Democrats have been aware that Republicans in the House and Senate—including Nunes—were sent a packet of information from pro-Russian Ukrainian lawmaker Andrii Derkach in January, in the midst of Donald Trump’s impeachment. But Republicans have refused to discuss what’s in the packet, or even admit that they have it. In closed-door Intelligence Committee hearings, Democratic Rep. Sean Patrick Maloney of New York made multiple attempts to get Nunes to answer a simple question. “Is the ranking member prepared to even respond to the question?,” asked Maloney. ”How about it, Mr. Nunes? Did you receive a package from Andrii Derkach or not? And would you share with the committee or not?” Nunes did not respond. “Well,” said Maloney. “I guess this is a case where silence speaks volumes.”

As Politico reported, that silence extends to the FBI. After Democratic staff members became aware of the existence of the document packet, they requested information on the contents from the FBI. Not only has there been no information provided, there hasn’t even been a response.

During his Tuesday hearing with the House Judiciary Committee, Attorney General William Barr was just as silent in refusing to share any information collected in the investigation he’s conducted with the assistance of U. S. Attorney John “Bull” Durham. That investigation also includes sharing Ukraine with Guiliani, as well as attempts to arm-twist officials in London, Rome, and Australia into giving Barr additional leverage that can be used to support Trump.

On Friday, The Hill reported that Rep. Eliot Engel has issued a subpoena to another Republican known to have been stacking up information provided by Giuliani and his associates: Secretary of State Mike Pompeo. “Secretary Pompeo has turned the State Department into an arm of the Trump campaign and he’s not even trying to disguise it,” said Engel. Pompeo has shared information connected to Joe Biden with Senate Republicans, while hiding it from Democrats. However, it’s hard to call the information Pompeo has shared exclusively with Republicans a “packet” … because it’s over 16,000 pages long.

In the next 97 days, the attack on Joe Biden is going to come from William Barr, from Mike Pompeo, from Senate Republicans, and from Republican representatives like Nunes, all of them using information that has not been vetted, or even seen, by anyone outside the GOP. They’re not planning an October surprise: They’re planning a bullshit assault from every direction.

And, just like in 2016, they’re expected to get every single column of The New York Times and every single moment of network news airtime to repeat their claims, unchallenged, in the days right before the election.