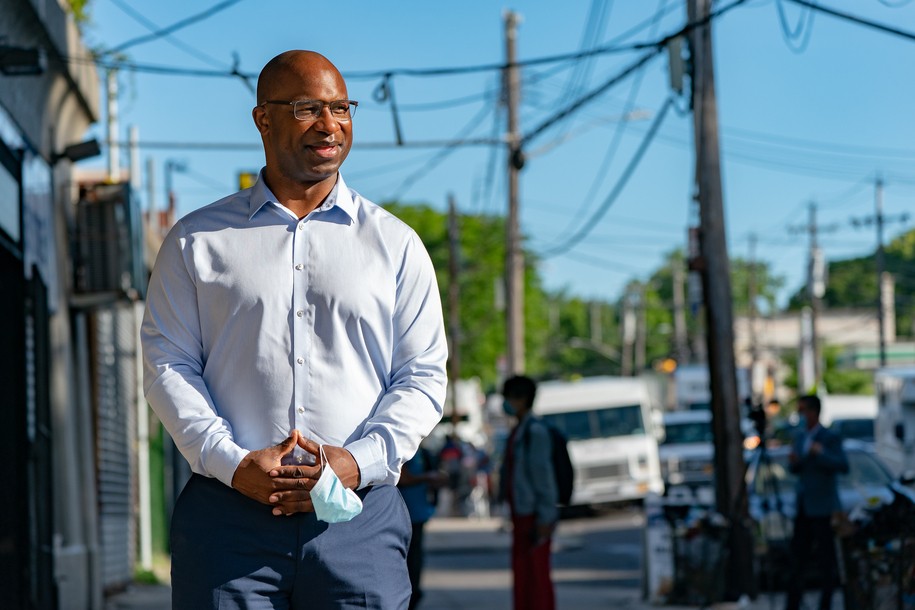 Engel went through a competitive nomination fight in 2000, but he was routinely reelected over the following 18 years. In 2018, Engel turned back a self-funding opponent by a wide 74-16 margin, and he became chairman of the House Foreign Relations Committee the following year after his party returned to the majority.

However, the seat transformed during Engel’s long tenure. While Engel, who is Jewish, originally represented a district that was majority white, it’s now very diverse thanks to subsequent redistricting and demographic changes, with a population that’s 37% white, 31% Black, 25% Latino, and 6% Asian American. That gave Bowman, who is Black, an opening, and he took it: Bowman argued early in the campaign that Engel had lost touch with his constituents, and that he’d become too close to corporate interests.

Bowman still looked like a long shot against the well-funded Engel until this spring, but things quickly began to change. First, Engel was the subject of an unflattering—and widely shared—profile in The Atlantic in early May, which reported that he’d holed up in his Washington, D.C.-area home for the duration of the pandemic, not even returning to New York when the state’s first coronavirus epicenter was identified in his district. Bowman also got some good news in early June when educator Andom Ghebreghiorgis dropped out of the race and endorsed him, which helped Bowman solidify support from voters looking to dump the incumbent.

The race truly picked up national attention days later, though, when on his first trip back to the district in months, Engel was caught on camera pleading for more time to speak at a press conference, saying: “If I didn’t have a primary, I wouldn’t care,” a gaffe that Bowman and his allies quickly framed as a commentary on the congressman’s feelings about his race and his constituents. The blunder caught national attention and helped turbocharge Bowman’s fundraising, allowing him to keep pace with Engel during the campaign’s stretch run.

Engel and his allies still decisively outspent Bowman, but the challenger and groups like the Working Families Party and the Justice Democrats deployed enough to let Bowman get his message out. Bowman’s side seized on Engel’s words, but also stressed the challenger’s progressive views and his remarkable life story. Bowman was raised by a single mother and lived in public housing, crediting rent stabilization policies for allowing his family to leave. He then became a teacher in the Bronx and went on to found a new public school there and serve as principal, helping kids from circumstances like his own.

Ultimately, that message very much resonated and helped Bowman pull off a major victory for progressives nationwide.

Want more great elections coverage like this? Sign up for our free daily newsletter, the Morning Digest.