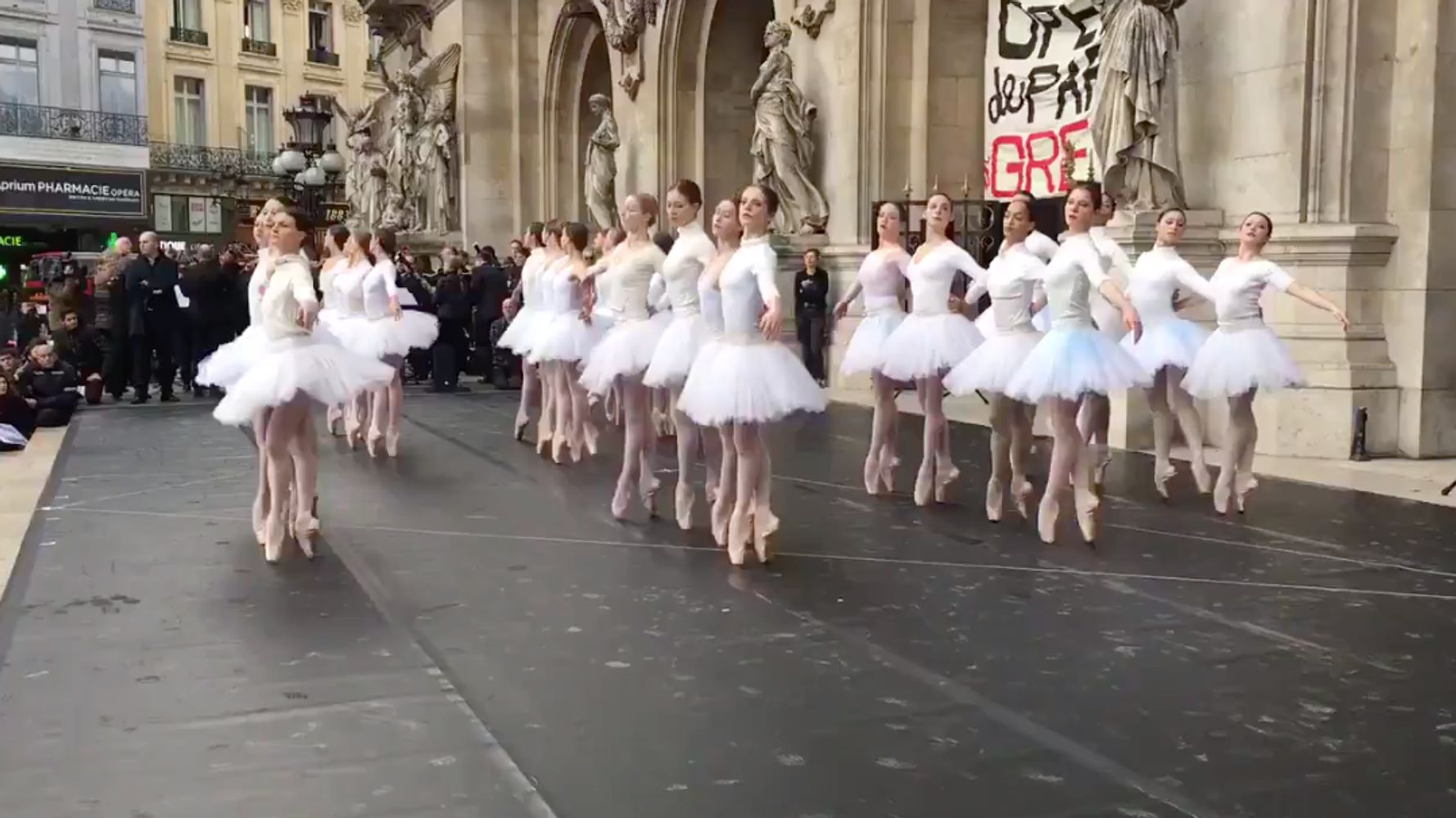 Ballerinas with the Paris Opera performed outdoors on Tuesday in an act of protest against French President Emmanuel Macron’s planned pension reform.

The dancers, who joined nationwide strikes that have been ongoing since early this month, performed part of “Swan Lake” by Pyotr Ilyich Tchaikovsky for a crowd of hundreds in front of the majestic Palais Garnier opera house in central Paris. Two banners hanging behind them read “Paris opera on strike” and ”culture in danger” (translated from French by HuffPost).

💐The Paris Opera’s ballet dancers are on strike against austerity pic.twitter.com/R3q0qTKiZB

There have been nationwide strikes across France since Dec. 5 as workers unions have revolted against the government’s plans to overhaul the country’s retirement system. Hundreds of thousands of protesters have taken to the streets across the country in recent weeks to denounce the changes, reported Le Monde.

For Paris Opera dancers, the reforms put their current retirement age of 42 in jeopardy, reported Reuters.

“We start classical ballet at age 8,” ballerina Heloise Jocqueviel told the news outlet (translated from French). “At the end of our adolescence, we already have recurring wounds. Once you’ve reached 42 years old, you [may] already suffer from arthritis, stress fractures, hernias and, in some cases, titanium hips.”

“It’s difficult to maintain a level of excellence until age 42, but 64 seems impossible,” she added.

Under Macron’s plan, workers would be incentivized to stay in the workforce until age 64. Since the massive strikes began, public transportation has largely shut down, schools have closed, and the Opera, for one, has canceled its performances. Negotiations between the government and unions are expected to pick up again in early January.