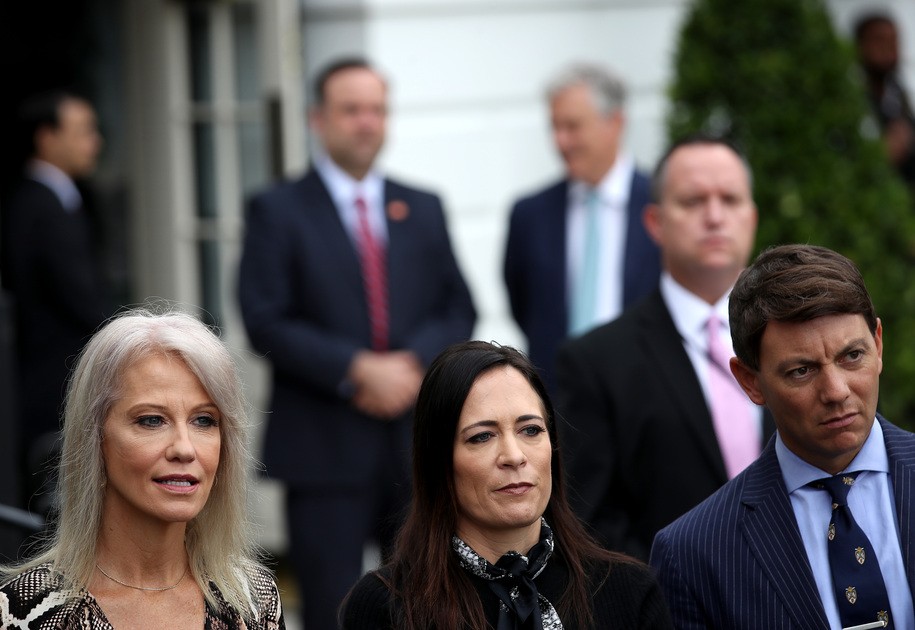 There is no such thing as candidates making their case for the best path forward, and the public validating which path, collectively, the nation should follow. There is no best path. There is no path. There is only a contest to see who can invent the most self-serving version of reality, upon which we elect the best of the liars, who will continue to lie to the public about what they are doing while, instead, they do anything else.

That Republican lawmakers sought to defend Trump from impeachment with false information, claiming Joe Biden was not referenced in the phone call (despite even the White House’s text saying otherwise) or that no pressure was put on Ukraine (despite witness after witness confirming it) is not surprising. It also may not be survivable. If we are two countries, served by two competing narratives and pushed forward according only by who can best sell their version to a public with fewer and fewer means of verifying which is true and which is the lie, with competing oligarchic factions here and abroad funneling cash into the particular frauds that best benefit them, that will be the ball game.

This rather dire but by no means uncommon warning and/or prediction is sometimes described as the nation’s epistemic crisis, a turning point at which factionalism (aka being a Republican) trumps regard for facts themselves (such as which laws truly exist; whether the economy is doing well or is not; whether Russia was responsible for election hacking, as all experts attest, or whether the president’s pro bono personal lawyer is right that none of it actually happened, according to the testimony of known hucksters). It’s less often that anyone comes with a credible scenario for how that end point is dodged.

There is only one such scenario. Lying to the public—propagandizing—must be punished. We can leave the moralizing out of it; you will not get far with the claim that telling 15,000 lies is bad or wrong. Surely, however, surely we can as a matter of journalistic convention agree that telling 15,000 lies makes you untrustworthy. It renders you unfit for public service. No matter which moral stipulations we might attach to the post, from marital fidelity to paying your damn taxes, the matter of lying repeatedly to the public as means of obtaining and extending public power defeats the principle of democracy itself, and must be shunned.

Fox News will not do that. But The New York Times could, if the editors truly believed their paper had public responsibilities commensurate with its public footprint.

If CNN inflicted a penalty upon liars, rather than hiring them on and giving them salaries to perform their antics, circus-style, much of this would end. If other networks chose to ignore the frothiest of propagandists when putting together panels, the professional liars would have fewer places to go. That would be a start. The airports of the world do not need to broadcast blaring lies, day after day and month after month, and there is nothing about the travel experience made better by hearing from known liar Kellyanne Conway. You could replace every television with a fish tank and the traveling public would come out better informed. It would probably cut airport drunkenness in half.

And yet here we are, still, and there seems no inclination to upset a status quo in which lawmakers and paid propagandists can lie, outright, to the American people and be granted the same conventions of pseudo-respect as honorable counterparts. Why wouldn’t they lie, then? There is literally zero downside. The not-liars, in the meantime, are hopelessly constrained by having to live only in one reality rather than dozens.

It is evident the press favors the thrill of conflict and believes itself to have no public responsibility in these matters whatsoever. It is obvious that Republicanism itself will not right itself, not after collapsing completely into a cultism in which the Dear Leader of the moment can not only do no wrong, but that if he does do wrong, that thing is now retroactively right and good and was commonplace at all along.

So we know what must happen—but there seems no way to get there. None. It would require a great many very powerful Americans to all do the right thing, all at once, while sliding into kleptocratic pseudo-democracy requires no action at all and comes with substantial tax cuts.

Surely, it cannot be as hopeless as that. Surely.