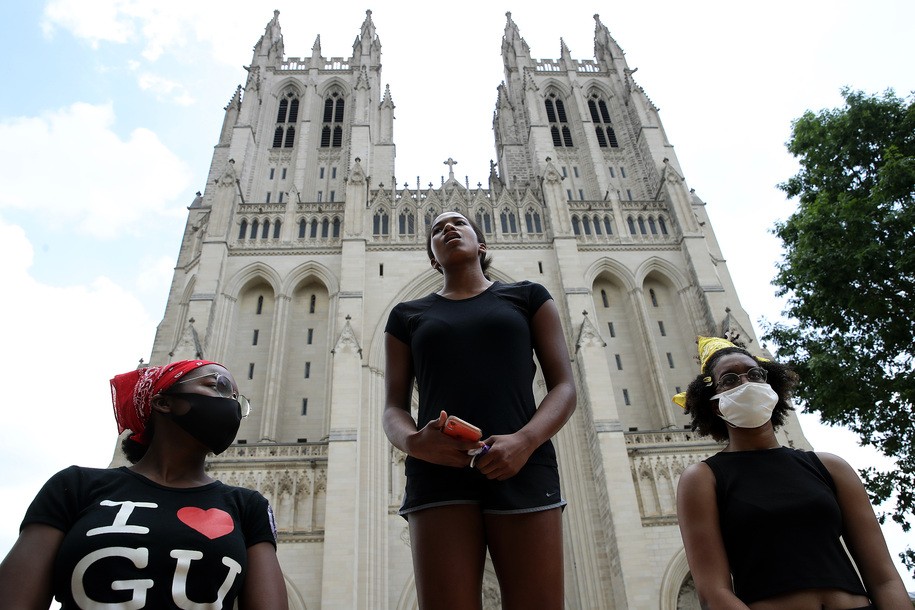 When we first publicly rolled out our Black Lives Matter tracking poll on Wednesday, support stood at 49%, opposition at 24%, and the “meh” response was at 25%. Now opposition remains at around the same level, but more of the “meh” has shifted to support.

White support has gone from 41% on Wednesday to 44% today, continuing to inch closer to outright majority support.

At this point, only three in 10 white Americans outright oppose Black Lives Matter—and you can guess who those people are. Among all Americans, only a quarter now oppose it. They’re called “Republicans.”

Then again, the fact that only a little over half of Republicans outright oppose Black Lives Matter is progress, right?

For completeness, here’s Democrats, clicking in at 85% support, 3% oppose.

And independents, who have driven most of the movement, are now up to 52-23 support from 37-30 before the protests began.

Police are losing sympathy by the day, support for the movement grows, and of course, the #BunkerBaby is hitching himself to the wrong wagon, desperately looking for a white backlash that just isn’t happening.