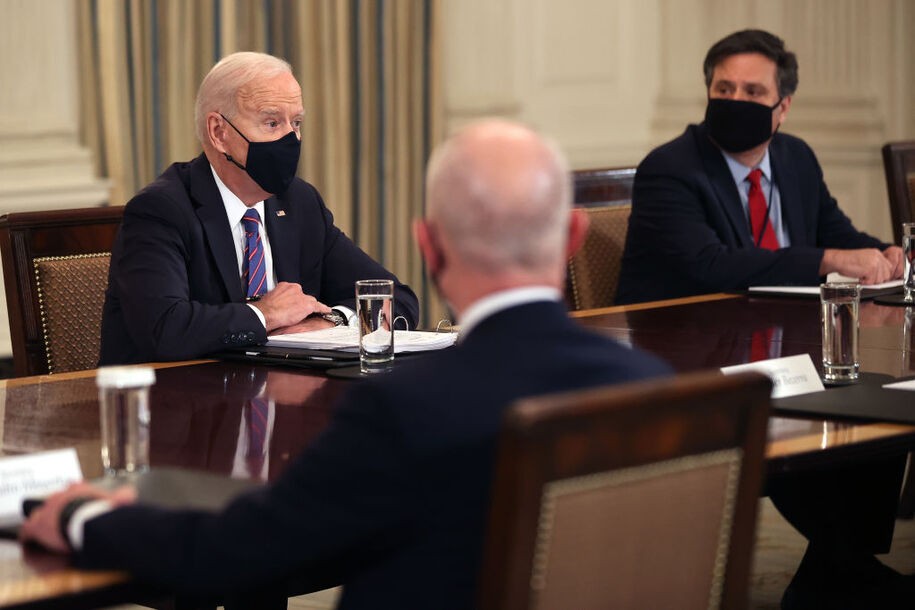 One of the largest increases is to the Department of Education, which Biden is giving a 41% boost over current levels to about $102 billion for 2022. The bulk of the increase would go to high-poverty schools in the Title I program, doubling its budget. It will also include a boost to Pell grants and billions for increases in early childhood education, programs for students with disabilities, and for hiring support staff including nurses, counselors, and mental health professionals to help children deal with the aftermath of the pandemic.

The next highest boost goes to Health and Human Services (HHS)—about 23% over current funding levels. That would include nearly $9 billion for the Centers for Disease Control and Prevention, which is the highest level of funding it has seen in a two decades, administration officials point out. Biden would create a new division of HHS, the Advanced Research Projects Agency, with $6.5 billion to develop new treatments and cures for diseases like diabetes, cancer, and Alzheimer’s.

Biden also prioritizes rebuilding the Environmental Protection Agency (EPA) and puts fighting climate change at the core. The administration would double the EPA’s climate change research and development budget and add another $1.8 billion for programs to reduce greenhouse gases. It also includes what the administration calls “the largest investment in environmental justice in history” in the form of $1.4 billion for programs to begin cleaning up the decades of pollution disproportionately dumped on poor communities and communities of color.

There’s a $1.4 billion boost to the National Oceanic and Atmospheric Administration for its climate and forecasting work and $600 million for electrical vehicles for federal agencies, including the Postal Service. It would dedicate $800 million to make public and federally subsidized housing more energy efficient. All in all, it asks for $14 billion above current spending levels for climate programs across the federal government, about $10 billion of it targeted at clean energy initiatives.

The administration is asking for $861 million in additional spending to boost economies in Central America in an attempt to address the poverty, violence, and corruption that’s fueling migration to the U.S. It is asking for $1.2 billion for new border security technology while at the same time increasing funding for asylum adjudication for the immigrants coming here. There is no spending request for the border wall, and cancels unspent funds from previous years. Biden does, however, ask for a $232 million boost to funds for investigating domestic terrorism. It would also pay in full the U.S. obligation to United Nations’ health and human rights agencies the previous administration shafted.

Here’s something long overdue: “an additional $1.2 billion for the Internal Revenue Service to boost oversight of corporations and wealthy taxpayers and improve IRS customer service. It also calls for a multi-year allocation of $417 million to fund audits, which the White House hopes will bring in more revenues from businesses and wealthy taxpayers.” The IRS has been underfunded for years and has focused enforcement on the low-hanging fruit—low-and middle-income people who don’t have the money to spend on lawyers involving the IRS in lengthy and protracted suits.

The blueprint had originally been scheduled for release last week, but has been pushed back by a few factors like not having a budget director because all of the sudden Sen. Joe Manchin is bothered by people’s tweets. Biden’s initial choice for Office of Management and Budget (OMB), Neera Tanden, was torpedoed by Republicans and ultimately Manchin. That created some delay, though Shalanda Young, the deputy director of OMB, is now confirmed and serving in an acting director capacity.

The other delay is thanks to the outgoing Trump people. “Well there’s no question, as we talked about during the transition, that we dealt with some impactful intransigence from the outgoing political appointees,” White House Press Secretary Jen Psaki told reporters this week. “We had some cooperation from the career staff, but we didn’t have all of the information that we needed,” she added. “As you all know, we also don’t have a budget director. We have not had a budget director confirmed. We have now an acting budget director, which is an important step forward.”

This outline, administration officials say, is apart from Biden’s $2.3 trillion American Jobs Plan, the infrastructure proposal he released last week, or the upcoming second half of that proposal that will focus more on “human infrastructure,” in White House officials’ terminology. This will officially kick off the budgeting process in Congress, and innumerable fights with Republicans who will all of the sudden care about the deficit again. The administration seems primed for those fights.

“Over the past decade, due in large measure to overly restrictive budget caps, the nation significantly under-invested in core public services, benefits and protections,” Young said Friday. Biden is indeed showing his values in this budget, and his intention to reverse that austerity.