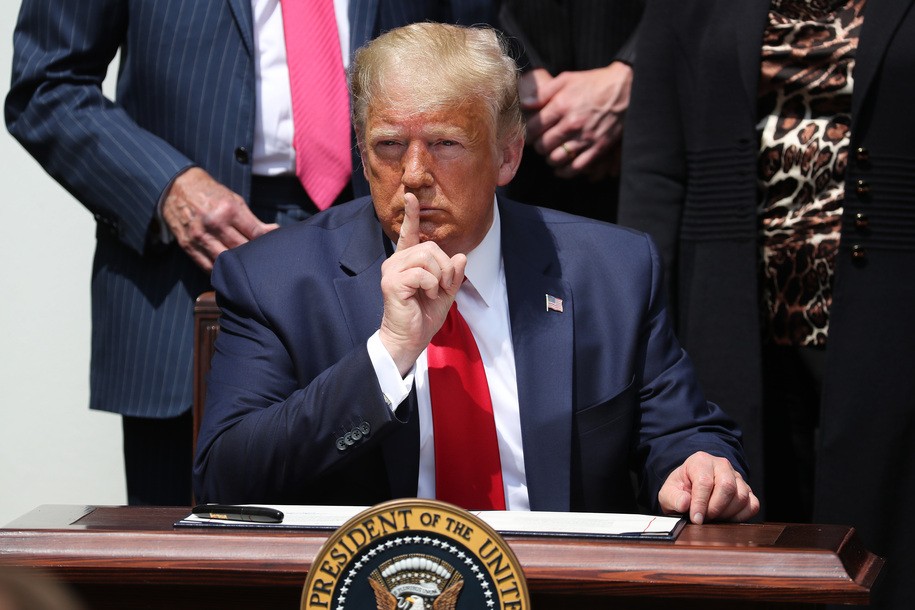 Anyway, after that embarrassment, Trump was surely giddily awaiting something fantastic from an outlet that was clearly willing to do just about anything to earn his affections. Even Fox News delivers down the line polling that, frankly, has not been anywhere near flattering for Trump as of late.

Thursday afternoon OAN dropped its poll along with a video report hyping it. “A new survey refutes the latest polls by mainstream media and reveals a solid underlying support for President Trump in the state of Florida,” read the tease for the poll.

The poll was conducted by the highly questionable outfit Gravis Marketing, which sure as shootin’ did its damndest to make Trump look good. For instance, one question leadingly asked, “Is activating the national guard an effective way to prevent further rioting?” Not worth dissecting all the ways in which that question is a polling no-no, but let’s just start with the framing centering around “rioting.”

Anyway, bottom line, even the rigged OAN/Gravis polling found Trump and Biden tied 50-50 in Florida. The Sunshine State is a nonnegotiable must-get for Trump. Without it, he has zero paths to winning the Electoral College. The Real Clear Politics polling average currently has Biden at a +3.4 advantage in Florida.

On top of that dismal data, the sloppy OAN report misrepresented the results in several ways, as detailed by the Washington Post, and was quickly deleted from the site, as was a tweet for Herring blasting out the poll’s results.

Ya know who else didn’t do any crowing about the poll? Trump, who loves to brag about having his “own polling” when reporters ask him about how badly he’s cratering in nearly every poll these days. Even Trump’s own polling isn’t worth reporting on.